Let's Change the World Together
日本語 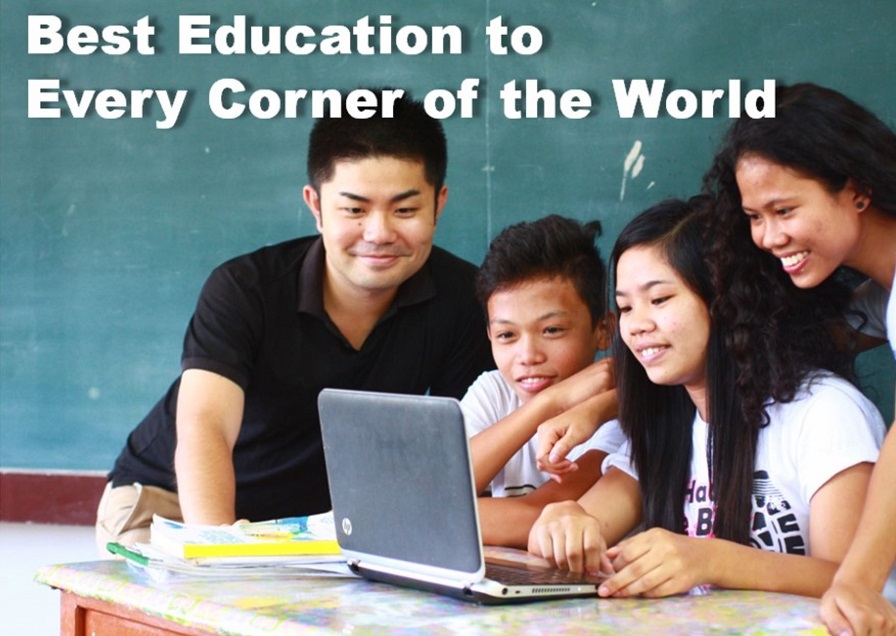 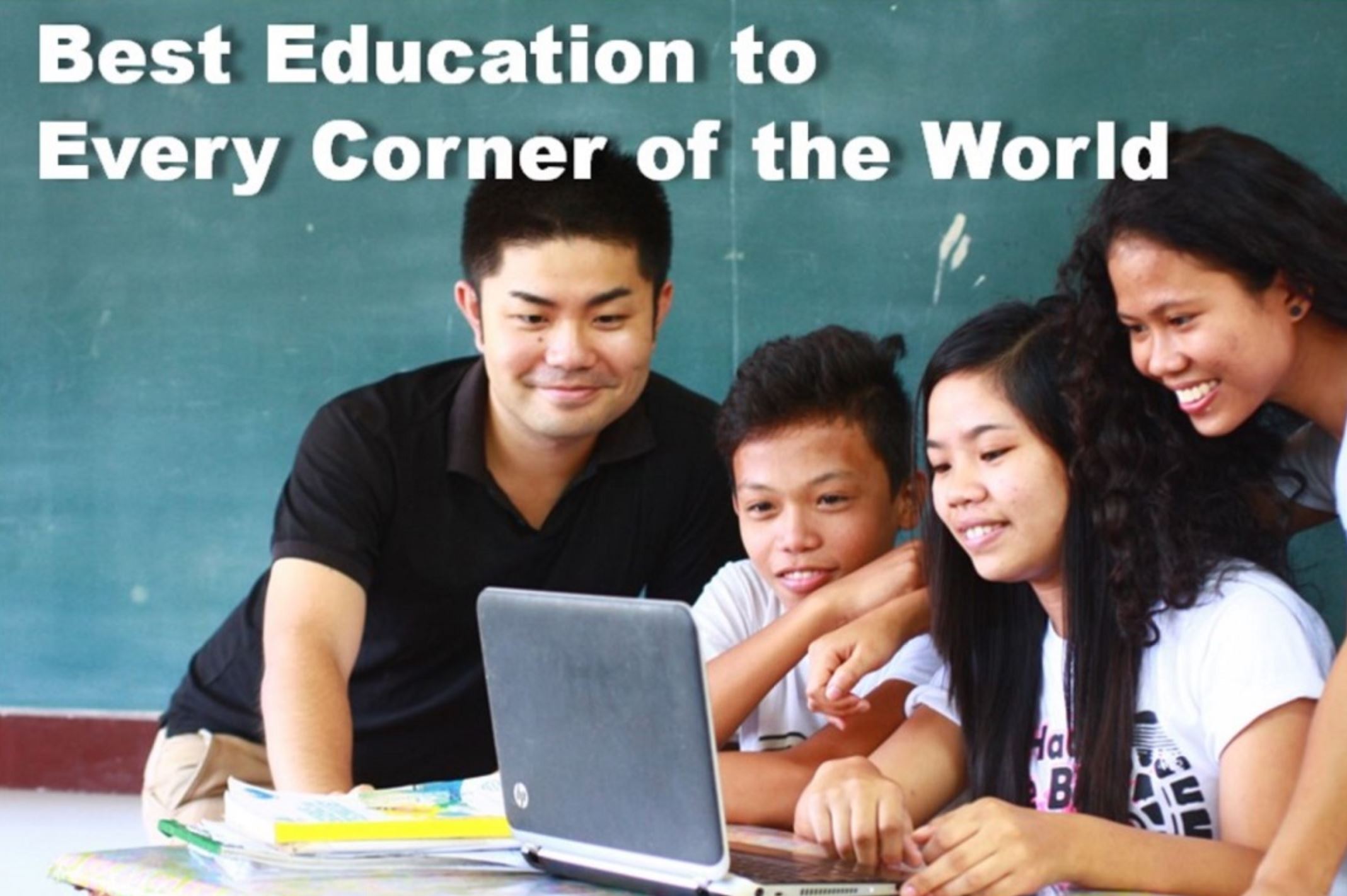 A boy reading a textbook under the streetlight

Bangladesh is known as Asia’s poorest country.
When we visited Haimchar Village, approximately 6 hours by boat from the capital city, Dhaka, we witnessed something that shocked all of us.

What we heard from under the streetlight was a voice constantly repeating something.
The voice came from a high school student who was desperately reciting the content from his worn-out textbook.

“I want to get a good job to help my younger sister and brother.”
“I really want to get accepted to a university”
“But ...my family cannot afford to send me to a cram school”

Some students even told us, “I want to study more” whilst crying.

With more than half of the houses not having electricity, studying can be difficult when it becomes dark outside.
Additionally, there are no teachers to provide a quality education. 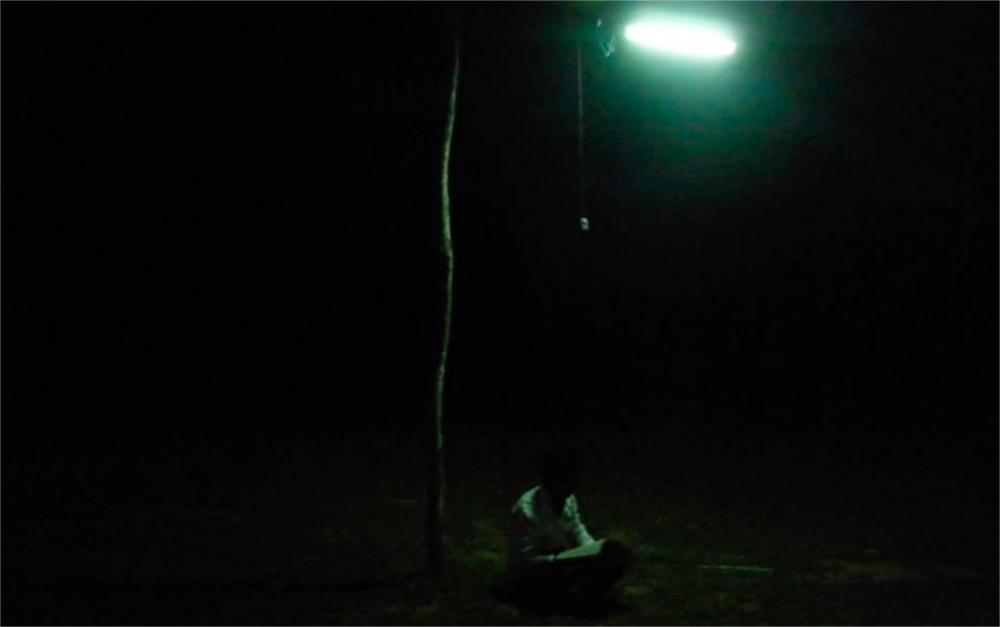 These students also noticed that repeatedly reciting lines from their science and mathematics textbooks did not raise their grades.

However, they had no other choice but to continue to read their worn-out textbooks.

Thus, in rural areas, most children are left unable to study properly, no matter how motivated they are to study or how high their ability to learn is.

Frustrated by the shocking reality ; children have to give up on their dreams

We began our operation in 2010.
At the age of 20, our founder who was then attending university in Japan visited Bangladesh. After seeing the sharp contrast between Japan and Bangladesh, he was inspired to come up with an idea to make a change in village in Bangladesh.

“Poor people do not even have the qualifications to study”
Whilst being aware of the reality, what came to his mind was the “video education” that he himself received at cram school in Japan.

The video education that saved me from failing 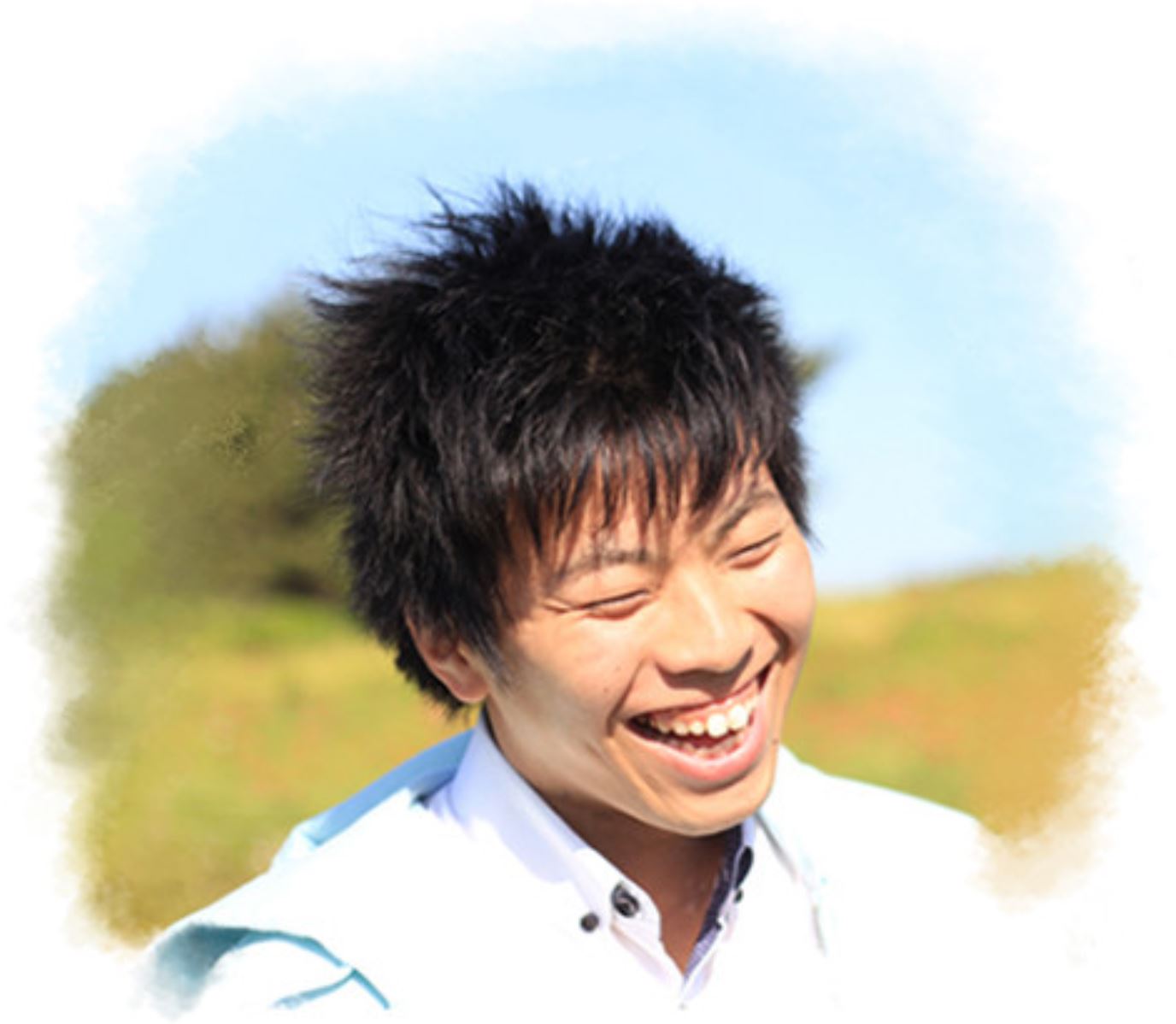 When I was in high school, I would regularly get 2 out of 100 points for my maths exams. My teacher told me that “There is no way that you can go to any university!”. I saw a turning point, however, when I started to attend a cram school which focused on video education. By watching teachers instructing on a DVD repeatedly, I learnt how to understand academic concepts step by step from its foundation. After studying hard, I managed to enter one of the best universities in Japan. When I saw the sorrowful looking children who gave up their dreams in Bangladesh, I remembered the video lessons that saved me from failing. It was from that moment we started our journey to provide a video education to children in Bangladesh.

Path to start the project classes

Research in the area

We researched the best cram school information by interviewing students from the University of Dhaka, the top university in Bangladesh

We cooperated with the best and most charismatic teacher - Professor Zahan

Over one month, we recorded multiple video lessons

Miracle from a poor rural village! A student being accepted by the top university in Bangladesh

Although it was a challenge starting from scratch, many people cooperated with us along the way and we gained lots of support.

The first classroom we built was in the outskirts of Dhaka in a small village called Haimchar.
We made it possible for students to get the best educational experience for free.

32 high school students took part in the program for the first year.

Students were very driven using every passing minute to study as hard as they can for their upcoming exams.

However, the path to success was never easy.

Some students were very close to giving up. It was essential at dark times, that we told them it wasn’t impossible.

“In this country, it’s assumed that the poor can’t get accepted into the University of Dhaka. Let's break the mold!”
“Let’s prove them it’s not impossible!”
“Let's surprise the world!”

As a result in the first year, 18 students were accepted to a variety of universities, including one student being accepted to the University of Dhaka. 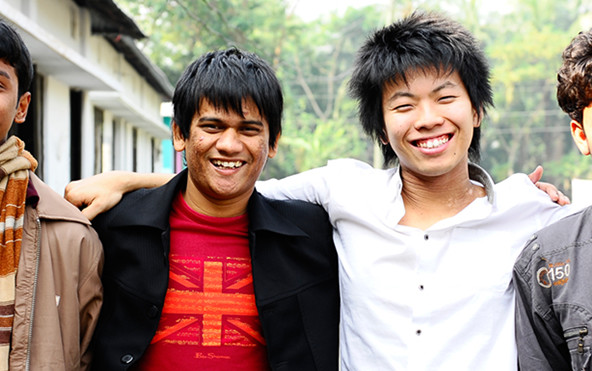 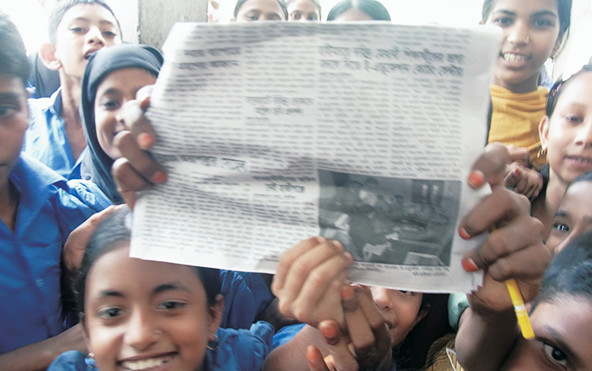 This “incident” was also picked up by Dhaka’s newspaper and was touted as “a miracle of Haimchar village”.

From Bangladesh to the World

Since 2010 when we started working in Bangladesh,
many students have broaden opportunities for their future thanks to video education

I will go on to pursue my father’s dying wish.To help the impoverished people in the future.

After having lost my father when I was young, I gave up so many things myself, for my younger brother and sister. One day, I learnt that my father’s dying wish was wanting me to go to college. Hearing this, I decided to fulfill his wish. I learnt from e-Education, that it’s not only about studying. From the support and warmth I received, I gathered a lot of courage. Now I want to help the impoverished people because it was my father's dream. I will do my best to study hard at university for my university exams for my family and the people who have supported me in my life!

Education has the power to change this country. Looking forward to the day I can meet the kind hearted Japanese people.

There are a lot of people in this country who don’t have any opportunities because they have no money. I want to be able to provide money and education to those people by becoming a leading banker. I want to be a person who changes this country. Thanks to all the support from Japan, I was accepted to the University of Dhaka. I have never met these Japanese people yet, but I imagine these people to be very kind hearted. I will continue to try my best at university, hoping I will be able to meet them one day.

The high school students challenges were shared through Twitter and Facebook and spread worldwide.
Their actions proved the “impossible” to be possible.

Unable to suppress our excitement of the possibility of this educational method, we decided to start programs in other countries such as the Philippines, Myanmar and Nepal.

The Philippines・Mindanao Island
Damage of typhoon, scars of conflict, and girls giving up education to marry early.

Myanmar
Disadvantage of poor infrastructure and the highest rate of poverty ; Hope for the future from the poorest State in the country.

Do not let natural disasters and ethnic conflicts deprive children of the opportunity to learn.
Furthermore, we will keep working to ensure equal opportunity for ethnic minority groups, impoverished individuals and women to receive education. 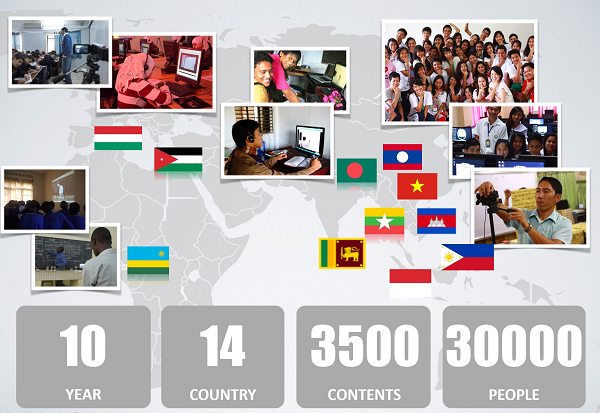 Until now, we have delivered video education to more than 30,000 students in 14 countries.

To provide the best educational experience across the globe, we need your help

What we aim to deliver is the Best Education to Every Corner of the World.

“Children in our country also need e-Education support.”
In such a series of requests, we are limited by funds.

What you can do to help

Here are some examples of what can be achieved depending on the amount of support received.

At this moment, we can only accept donation by bank transfer from sponsors outside of Japan.
We are sorry for the inconvenience caused. 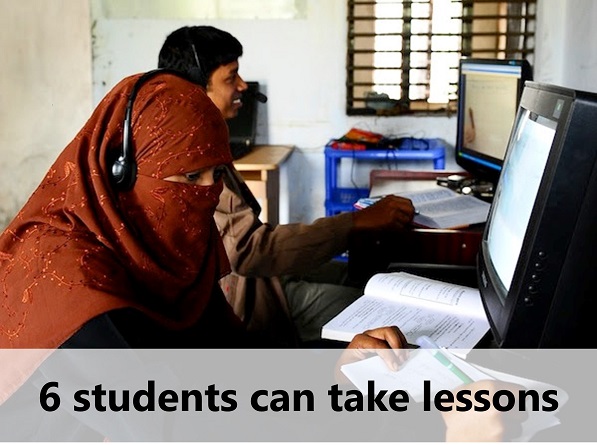 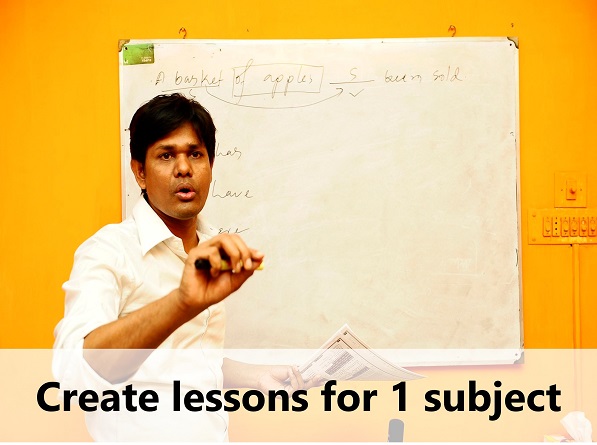 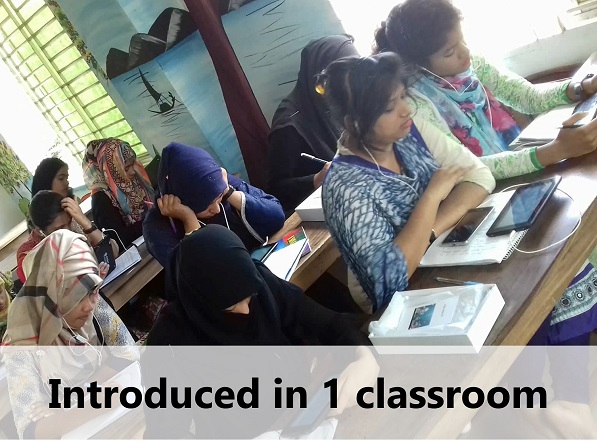 By 2020, over 250 students achieved entrance to the best universities in Bangladesh. 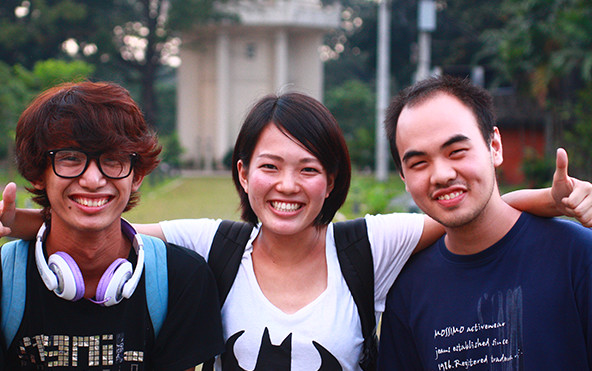 Would you like to change the world together with the power of education?

Many people who believe in the power of education have supported us!

We have been supported by more than 1,000 people so far!

I support the passion of youth!

My hometown was hit by the Great East Japan Earthquake in 2011, and since then, I started to get interested in activities for the better society. One day, I joined an event my friend took me out to, and met e-Education there. Touched by the passion of the young members of e-Education to solve the education problems in the world, I decided to be a sponsor. I believe these youth will become leaders in the future through the experiences gained from the project, and I am happy I can invest in their potentials to bring the better future!

I got to know about e-Education from the book written by its founder. I had always been interested in doing something for the developing world, however, did not take any actions so far. “But… there must be something even I can do!” That’s how I decided to be a sponsor. I am not rich, but I wanted to invest in creating a better world even a little bit, not just drowning myself in hobbies and playing with my grandkids. It would be very exciting to think how we might be able to widen the circle of support and create the world where we can appreciate peace and importance of education.

So far, you still might not be sure how our project is worth supporting.
Yes, we may be young and small organization,
but that is one of the reasons why every single support makes a huge difference
and we promise to make the full use of your support.

To our sponsors, 5 promises

1It’s not just support to give things

Giving things from Japan is not the only support possible. Here at e-Education, we are creating a mechanism where local leaders will be able to autonomously turn projects.

Even with many supports from worldwide, there are marginalized populations that have lacked support from international organisations. We will now be able to support these marginalised populations effectively through the use of technology.

In each country's project, the e-Education staff, local leaders and college students from Japan will be active. Donations will not only improve the academic ability of children but also the problem solving and societal skills of the youth. 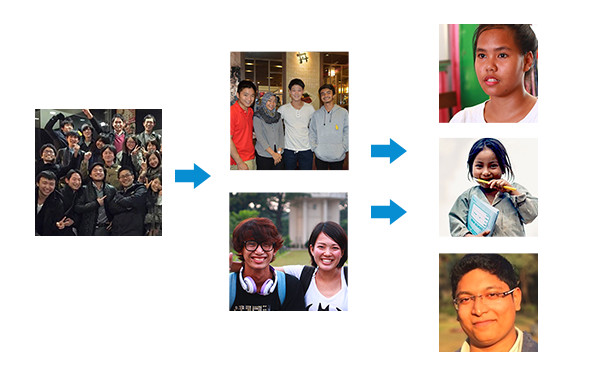 4Creating leaders from the impoverished communities

We will be drawing out buried talents from individuals who suffered from economic disparity and discrimination. Through this we will create successful applicants to universities and we will nurture national leaders.

At first, people said this business plan was “impossible” and “unreasonable” but now it has gained a lot of traction and support. We have now started expanding globally using “video education” as our main tool.

Since I am Japanese, the international contribution I can make

In the midst of international turmoil with terrorist attacks and conflicts in developing countries, what is the international contribution that a Japanese can make? To create a nation, you must first create people. Therefore, it is education that will finally help solve the problem of poverty and economic disparity, which will in turn help eradicate terrorism and conflict. If they grow up with support from Japan and the world, they can become leaders who carry their country and help building friendly relations between countries. We will contribute to the world by providing and sharing “education”Japan has cherished.

Whatever background a child holds, he/she they will have an opportunity to study. With video education, the opportunities open wide for these children. There is no impossible. I want to prove this with the help of our team and supporters.

Come join us in the journey to change the world

P.S.
We got a thank-you letter from a student who got accepted into university with the help from e-Education in Bangladesh. 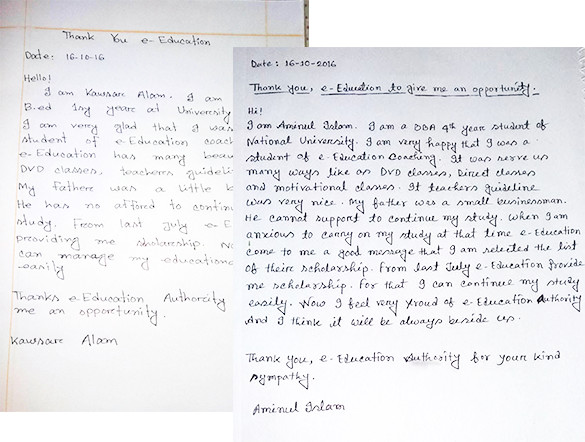 You can make a bank transfer for donation to support our project.
If you are interested, please contact the e-mail below ;

Thank you so much for your support for the future of children!